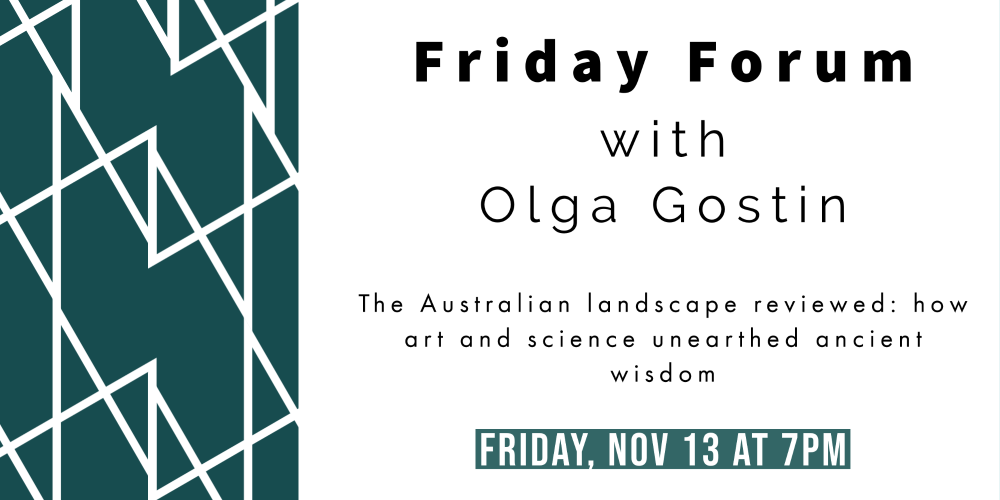 This illustrated talk is based on Tarnanthi’s Bunha-Bunhanga exhibition at the Art Gallery of South Australia in late 2019. In it the Aboriginal curator made subtle connections between iconic colonial paintings and the underlying cultural landscape that was being depicted but largely misunderstood, or simply not apprehended at all.

I extend this methodology to include scientific observations on Aboriginal
management of country through firestick farming, the running of large eel farms and the tilling of extensive fields of grain and/or edible tubers in pre-European times. The question then arises: what are the implications of these findings for current pressing issues, notably the management of wildfires, scarce water resources, local fauna and flora, and most importantly, the recognition of the role and place of the First Australians in this continent? 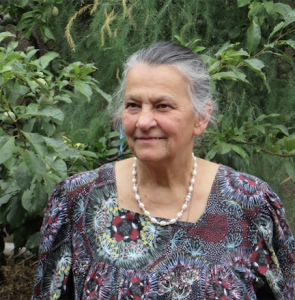 Born in Belgium of mixed Belgian-Russian parentage, Olga did her undergraduate
studies in social anthropology at the University of the Witwatersrand,
Johannesburg/Gauteng, South Africa, before obtaining a scholarship to the
Australian National University, Canberra. During 1963-5 she did research into
resettlement and cash cropping among the Kuni of Papua, obtaining her PhD in
1968. A post-doctoral exchange at Moscow State University 1968/9 honed her
interest in syncretism and cultural change.

In 1973 she joined the Aboriginal Task Force as a founding member of Australia’s
first specifically designated tertiary program for Indigenous Australians at the South
Australian Institute of Technology (subsequently restructured as the University of
South Australia). She remained associated with the program in its many guises for
the next 40 years. In 1992 she obtained her Master of Environmental Studies degree
from the University of Adelaide. She remains passionately interested in social justice
– particularly as it applies to Indigenous Australians, as well as environmental issues.